Apollo Tyres LTD was incorporated in 1972. With its headquarters in Gurgaon, initially the company focused on manufacturing truck tyres in India, the first tyre being Rajdhani. The company’s 1st manufacturing unit was in Kerala, which now has increased to 4 manufacturing units in the country. In 2016 Apollo became two-wheeler tyre manufacturer as well. Along with 4 manufacturing units in India, it has 1 unit in Hungary and 1 in the Netherlands. The brand also received the FICCI award for the best Quality Systems among the large industry category. Apollo started as a single enterprise but has achieved recognition globally.

Apollo offers a large list of passenger car tyres. The company’s car tyres are becoming quite popular in India as well as worldwide. Some of these popular tyre models are as follows:

One of the India’s best tyre companies, Apollo Tyres, a few years ago stepped into the segment of sports bike tyres. For many decades, Apollo manufactured and specialised in the production of four-wheeler tyres for cars, SUVs, buses and trucks.

Over the past five years, they acquired renowned tyre brands like Dunlop, Vredestein and Kaizen. The only segment they didn’t have their presence was the two-wheeler segment. In March 2016, they announced their entry in the lucrative segment of two-wheelers. They introduced a series of tyres named “Acti” for mid-segment motorbikes and scooters. Rear tyre with three tread patterns was introduced namely Acti Grip R1 and R2 which are multi-purpose and fit for both on and off-road. Acti Grip R3 being directional pattern tyre is best suited only for tarmac. Front tyres were also introduced in three patterns, Acti Steer F1 sports with straight rib pattern and Acti Zip F2, F3 sports with a directional pattern. These tyres are designed to handle high-speed biking and heavy braking.

Apollo Tyres for other vehicles

Apollo also produces tyres for earthmovers. For Loaders, AWL 822 tyre is available; similarly, there are tyres available for ADT and RDT.

Earlier, Apollo only manufactured tyres for buses, trucks and cars. Later, the company also stepped on the bike segment. Today the brand is one of the top tyre brands in the country.

TyreCafe is the fastest growing online marketplace for tyres in India. It offers a wide range of tyre choices on its platform. Buy Apollo tyres online in India from TyreCafe and get exciting discounts!

3 Qualities That An Auto Mechanic Needs To Have To Be Successful In The UK. 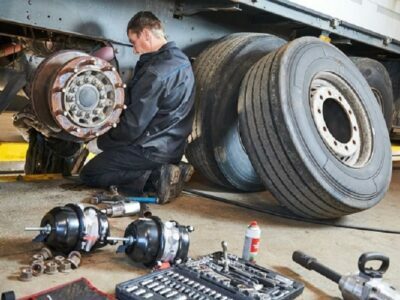 Are Nexen Tires Any Good Or Cheap Only?